Finally, that long-awaited moment has arrived!
After several years of hard work, The World Motorsport Council, the FIA World Automobile Federation council, confirmed that Croatia Rally is included in the World Rally Championship (WRC) calendar for 2021. In the year in which the COVID pandemic took a heavy toll on everyone, in some countries to the extent that they were forced to cancel the competition, Croatia found itself in a reputable company with Monte Carlo, Portugal, Sweden, Finland, Estonia, Japan, Chile and others. At that moment, a huge challenge, but also an opportunity were placed before all of us. 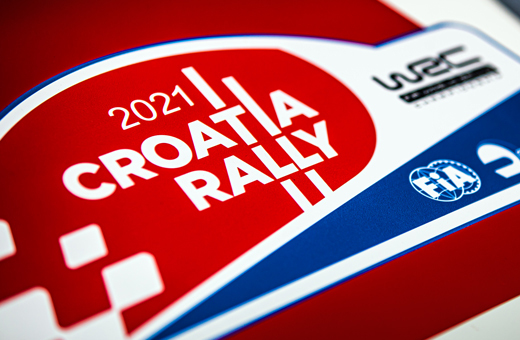 ‘Octane circus' is coming to Croatia for the first time!

How does it feel that we will be able to follow the fight of the best rally drivers - Rovanperä, Evans, Neuville and Ogier - live on our ‘hills’? The size of this event is confirmed by the numbers of 1450 team members, 150 accredited journalists, over 100 members of TV production coming to Croatia, over 800 million TV viewers in more than 150 countries around the world.

A truly historic moment, both for our small country and for the organizers, who uncompromisingly put themselves into the project and believed that it was possible to put Croatia on the world rally map. Also, a wonderful moment for our agency, which has been given trust, but also the responsibility to do almost all activities related to event branding, advertising, website development, social media, event promotion, etc.

Perhaps the fortunate circumstance is that Boris, CEO of the Younited Agency, and I are former athletes who understand sport at the root, both in terms of the sport itself and in terms of marketing, organization, branding, target audiences and other important aspects. In addition to all the above, I am a graduate kinesiologist with extensive experience in organizing sports competitions.

It was my goal to organize the team in the agency in such a way that it would respond to all challenges at the highest possible level in a very short time with a limited budget. We knew that we had excellent individuals within the agency - creative wizards, polyvalent accounts, organizational gurus, Social Media masters and web and google brainiacs. We believed in ourselves, we were ready to show ourselves and others that we are a special team and that 'we can'. This ‘we can’ is not a political slogan or a promotion. It is a verb that skillfully shows how firmly we believed that the challenge before us was something we could master flawlessly.

From soup to nuts

The challenges were numerous and we had to respond to each one of them professionally and on the highest level. The WRC has its marketing agency, so all of our materials and activities primarily had to be approved by them. Also, we had to come to terms with the many wishes and needs of each rally sponsor. One of the first such challenges for my team was the design and development of the official website that served as a central source of information, both for journalists and viewers, but also for the crew. After the website, we embarked on the journey of creating strategies and visuals for several social media accounts that were one of the most important channels before, during, but also after the rally. The design team introduced a modern, recognizable and dynamic key visual that was applied on all of the materials starting from the website and rally webshop, promotion through to ads in print and digital media, OOH, various presentations, both for sponsors and other participants, merchandise, accreditations, thank you notes, signalization and branding of headquarters, press centers and service zones, as well as for competition and official vehicles, creation of social media posts, etc. Several enthusiasts in the ranks of the organizers, led by Daniel Šaškin, with the help and support of our team, fulfilled all the goals in the best possible way and responded to the challenges.

Terabytes and terabytes of digital records were generated, we worked without working hours - as much as needed, and even more. Of course, there were sleepless nights, excessive amounts of coffee and nerves were strained at times like strings on a violin, but the feeling of creating and participating in something special is an inexhaustible source of energy that gives you the strength to step forward strongly. The feeling that my team selflessly gives its maximum filled me with pride and encouraged me to push even harder in the most difficult moments and raise the bar even higher.

A moment from the press center; Sunday, the fourth day of the competition. There was no time to sleep that night, 50 people were in the room, phones were constantly ringing, papers were flying out of the printer, one covert madness in the air was present. I coordinated several tasks between my team and the organizers, sponsors, WRC promoters and along the way prepared materials for the announcement of the winners. I paused for a moment, my gaze wandered into the distance, the tones were fading, and I sank into one thought. The thought that the end is near, that we are very happy with how we arranged things, that every individual in my team works as if he is one of Marvel's superheroes, that he does not show fatigue, but shows motivation, desire and ambition. That moment and the feeling of pride made me fulfilled and proud on a personal, human, but also on a professional level as a creative director. It’s something that can’t be bought, something for which there is no price. That feeling is truly priceless.

Before anything else, I need to say thank you to the organizer for the trust and the opportunity to participate in the organization of an event of this caliber. I am proud of absolutely all the individuals within the Younited agency. During the last day of the competition, Sébastien Ogier was involved in a minor traffic accident on the way from the service zone to the start of the Super Stage on Sljeme. At that moment, when the accident happened, we all thought, “No! We don't need negative publicity now. Everything will be lost!"  But, nothing was lost. Ogier won the most exciting rally in the last 10 years and with the participant in a car accident, otherwise, a big fan of rally sports, had a drink resulting in mutual satisfaction.

A few weeks after the rally, the organizers received confirmation that they/we did a great job. WRC Promotor and FIA rated Croatia and the organizational team with a high rating at the level of the entire event, but also for marketing activities. We will selfishly attribute some of these merits to ourselves. A few weeks ago, WRC Promotor awarded the WRC Croatia Rally 2022 to the same team.

Go ahead and have one. They’re really soft and homemade, also they’re part of our terms of use.